Tweet Share
Blog
“‘It’s brutal,’ said Bryan Jordan. ‘What used to cost you $15 is now like $25.'” Read any local media in the country and a painful truth will quickly set in: the American people cannot afford to live under President Biden’s failed leadership.
Estimates suggest that inflation and rising prices cost the average American household $5,200 more to maintain the same quality of life this year that they had the year before. In the latest Consumer Price Index update, the American people saw a 12% increase in the cost of groceries year over year, the largest increase since 1979. 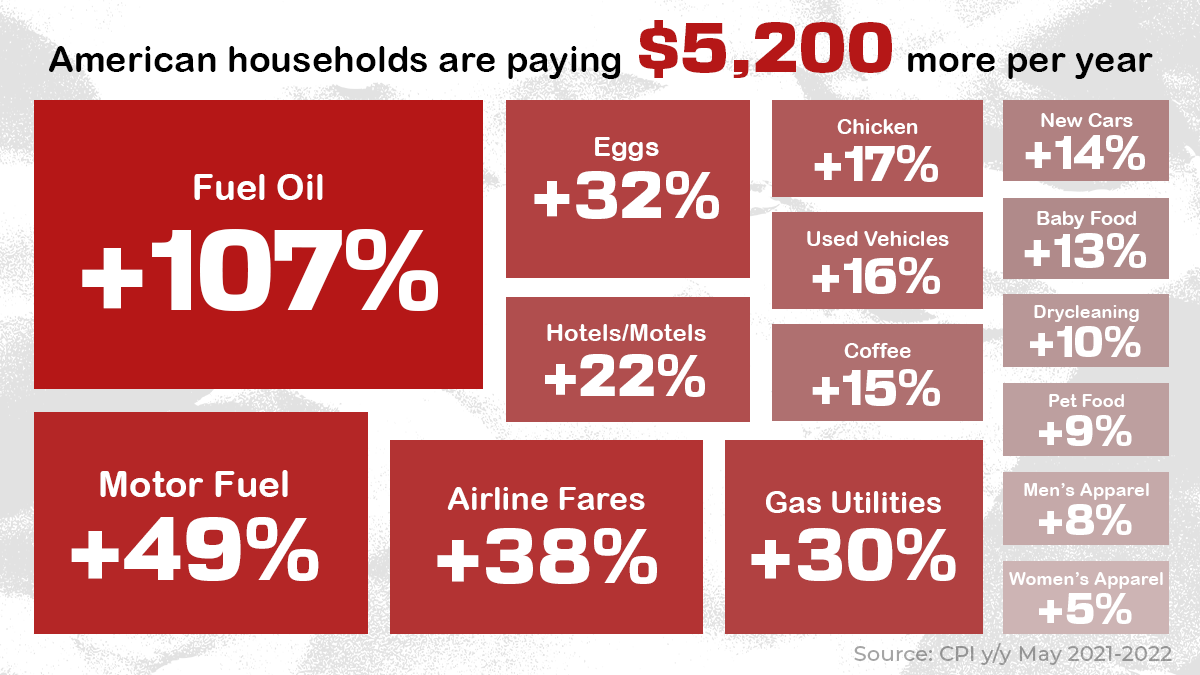 The fear and anxiety that families are experiencing is real, as Amy in Florida said, “it almost scares me to the point where it’s like, how high is it going to go?” Nationwide, the price of gasoline is averaging just over $5.00 a gallon — and House Democrats have no credible solutions. Instead of holding primetime hearings on the issues actually impacting American families, like rising prices, House Democrats have held hearings on UFOs, whether or not to keep Daylight Savings Time, and regulating dog collars.

The American people desperately need relief from high prices, and voters should start by asking House Democrats why they continue to vote against the American Energy Independence from Russia Act.