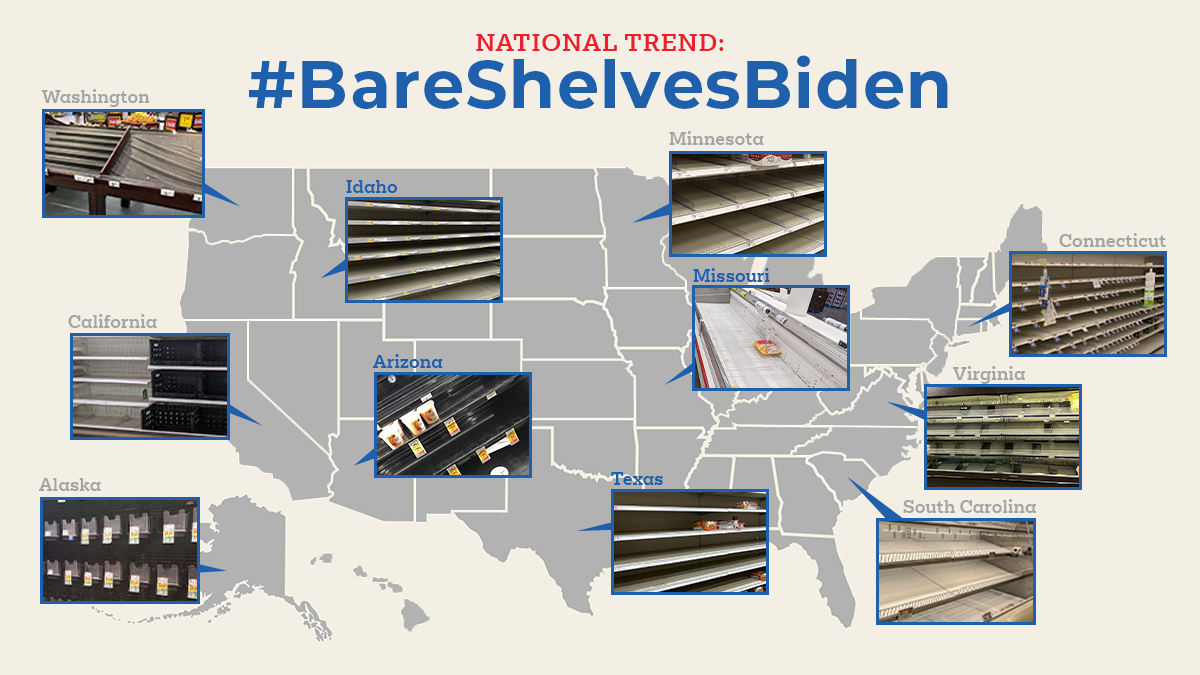 Twelve months into the Biden presidency, and many Americans are now facing empty grocery store shelves they haven’t experienced since the onset of the pandemic.

One shopper in Washington, D.C. described it as a “a Soviet store during 1981. It’s horrible… Honestly, it looks like March of 2020, when everybody was stockpiling and the shelves were bare,” according to a recent interview.

The same sentiment has reverberated throughout the country. In Atlanta, where President Biden visited today, a resident who makes her livelihood delivering groceries told a local news outlet, “It’s kind of annoying when I go to the stores and the shelves are empty. The customers are like, ‘where’s everything at?’ they don’t have anything.”

President Biden said he had a plan to “shut down the virus.” But after nearly a year of being in office, it has become painfully obvious that no plan has ever existed. Instead Biden’s policies are taking our country backward – back to uncertainty, back to empty shelves, and back to shortages.