In her first full day on the job, Congresswoman Mayra Flores (TX-34) fulfilled a promise she made to her constituents: she would fight to secure the southern border and she would work to end the lawlessness consuming the Rio Grande Valley.

“In 2022, so far, 50 people on the FBI’s Terror Watch List have been arrested by the Border Patrol. That’s higher than the previous five years combined,” said Rep. Flores. “Title 42 is one of the only things keeping the crisis at the border from getting even worse.” 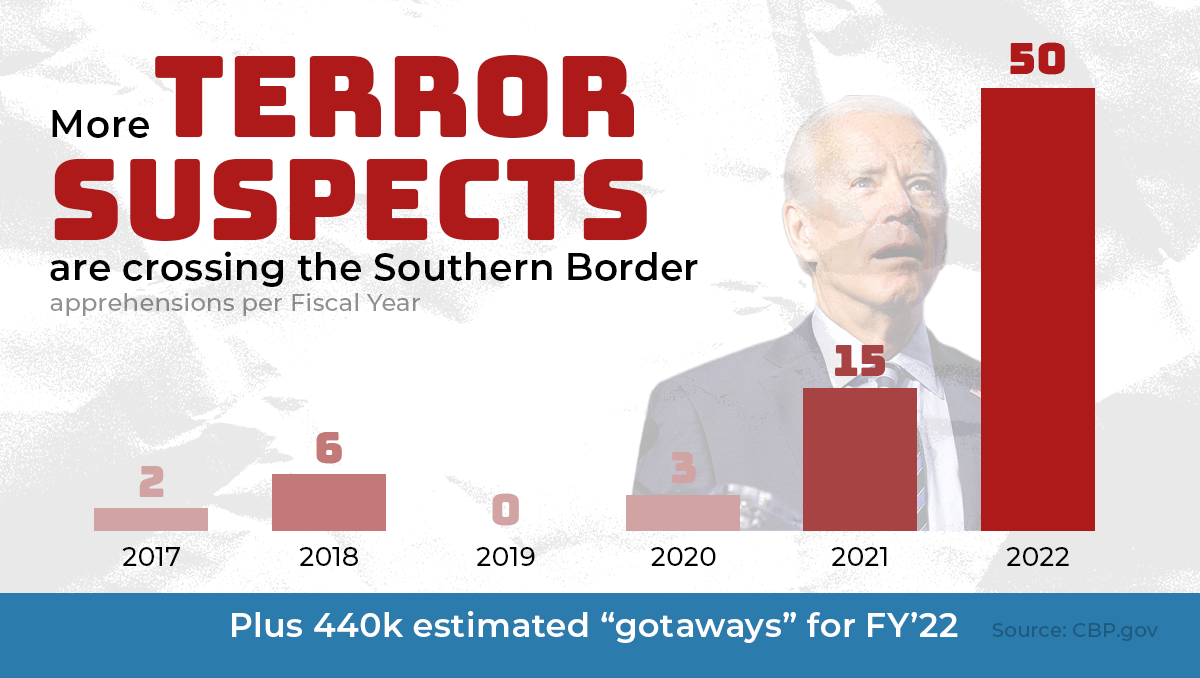 She’s right: U.S. Border Patrol agents have apprehended 50 suspected terrorists on the watch list in Fiscal Year (FY) 2022, underscoring the need for policies that will reduce the flow of illegal immigrants into the country. Just last month, over 239,000 individuals were apprehended at the southern border, a 20 year-high.

Since President Biden took office, there have been over 2.9 million apprehensions at the southern border, leading to chaos and mayhem in the towns that make up districts like the ones Rep. Flores and Rep. Herrell represent, and further straining the resources our already over-worked and under-funded Border Patrol agents have at their disposal.

And with over 1,500 estimated “gotaways” coming into the country each day because of President Biden’s open border policies, the American people have to wonder, how many suspected terrorists are we not catching?

Border security is essential in the face of the flood confronting the country’s Border Patrol agents, and the Biden administration, along with House Democrats, are refusing to step up to the task. That’s why House Republican Leader Kevin McCarthy (CA-23) and House Republicans want to finish the wall and deploy technology to the border, fully reinstate the “Remain in Mexico” policy, robustly implement Title 42 authority, and send a clear message that unlawful immigration will not be tolerated in the United States.