Washington, D.C. –  The American people continue to see diminishing returns on their paychecks. They are now able to afford less with their monthly incomes because of President Biden’s national inflation crisis. During September, inflation clocked in at another 13-year high, with consumer prices soaring at the fastest rate since 2008.

Most of the essential items we purchase on a regular basis – anything from gas, meat, eggs, and even electricity – are costing everyone significantly more than just a year ago.  And with the winter months around the corner, Americans are bracing for heating bills that are expected to be up by a staggering 54%. 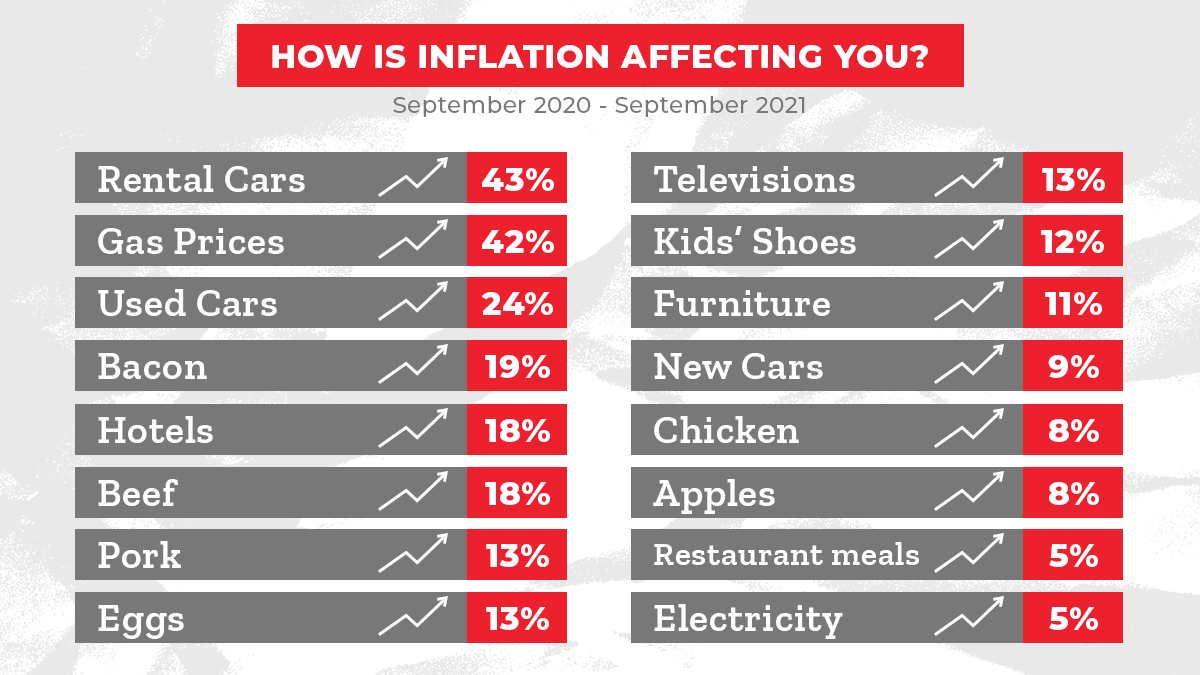 The price surges are having a real-life impact on families, and it is especially crushing to low-and-middle class families, and individuals and retirees who are living on a fixed income. A recent study estimates the inflation crisis is on average costing families an additional $175 per month, which can be demoralizing for earners who are already struggling to make ends meet. Data suggests that with the higher costs, a family making just under the median income of $58,000/year will have to borrow money just to make ends meet.

Alleviating the hardship the higher prices are causing individuals across the country should be a top priority for elected officials. But the White House has decided to take a different approach. They have opted to downplay the impact this is having on millions of Americans.

The inflation problem is not a “high class problem,” it is a real and widespread problem that is causing financial distress for millions of Americans. This is not a time to diminish the impact it is having on people’s lives. As policy makers in Washington, we must take this problem head-on, and find solutions that will improve the lives of Americans, and that is exactly what House Republicans will focus on as Congress returns to session next week.