On the road with Kevin

On The Road: Real Conversations.
About Real Problems.

As the Biden Administration doubles down on ignoring American workers, Leader McCarthy is hitting the road to listen to their stories and learn about solutions to protect hardworking families and their livelihoods.

The day that Joe Biden was inaugurated, House Republicans publicly committed to “get[ting] to work to solve the challenges facing our fellow Americans.”

Unfortunately, just hours later, President Biden was already destroying livelihoods and making America more dependent on our adversaries for dirty energy. By revoking the permit for the Keystone XL Pipeline, President Biden fired thousands of hard-working Americans from their good-paying jobs. As Leader McCarthy said in Houston, Texas, “Come to middle America. Come look in the faces of those workers who earn $80,000 a year, and tell them why you took their jobs away.”

The executive actions we saw from President Biden’s first day in office, and in the days since, are not addressing the immediate needs of the American people – especially when it comes to getting Americans back to work. In fact, his policies are making matters worse.

Unlike President Biden, House Republicans will be keeping their promise to fight for American workers and are doing so by meeting  directly with Americans negatively impacted by the Biden Administration’s policies.

Earlier this month, Leader McCarthy headed down to Houston, Texas, to figure out exactly what cancelling the Keystone XL pipeline meant for Texas workers. He was joined by nine other members of Congress who represent Texas, New Mexico, and Oklahoma – and all have constituents hurting from these detrimental policies. 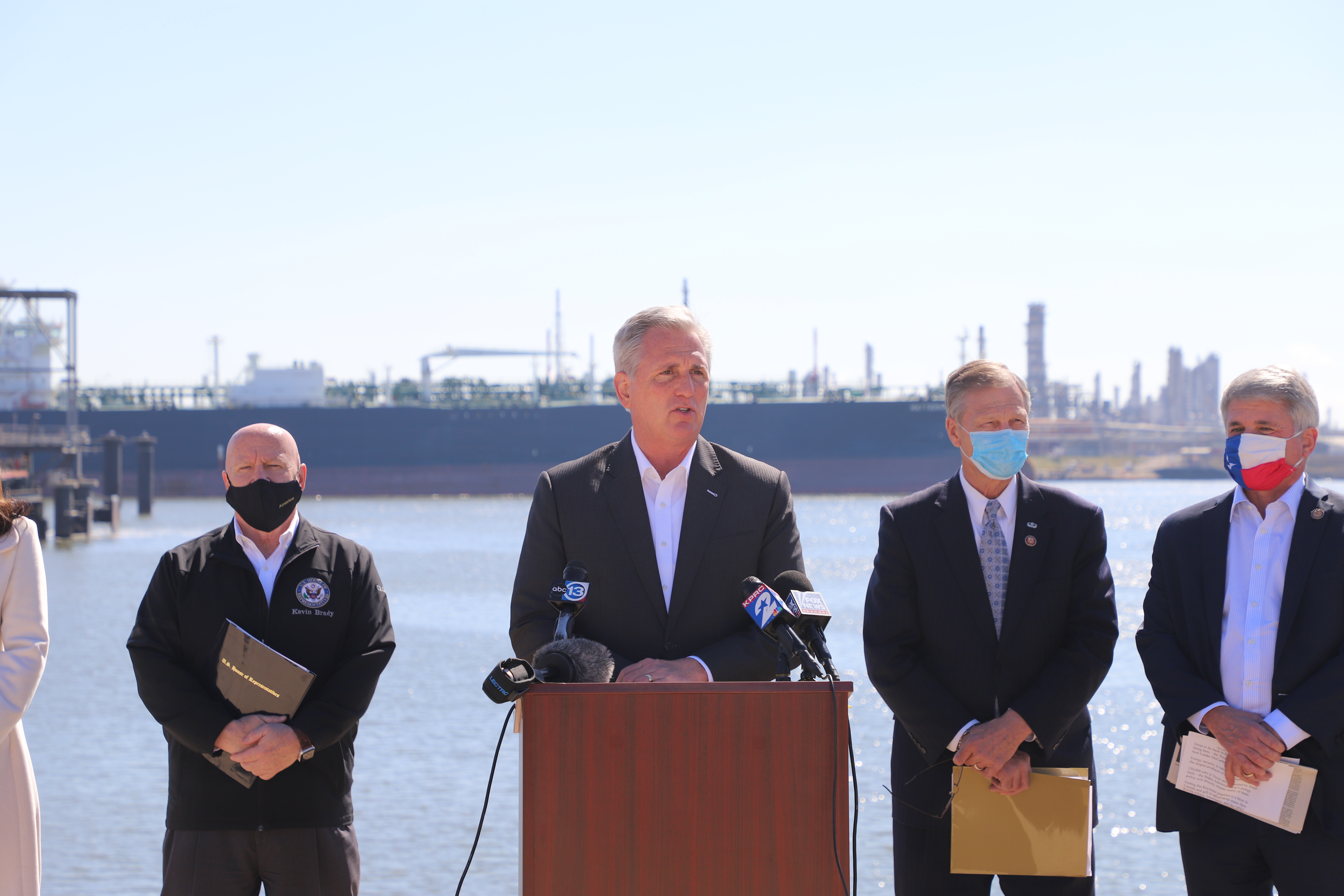 On the Houston Ship Channel, Leader McCarthy met with Mike Thibodeaux of Price Gregory, who said, “It’s very difficult to look someone in the face, and knowing they have small kids, grown kids, they’re in college, and they have a mortgage and car payments and tell them, ‘I’m sorry, we don’t have a job for you.’”

President Biden: This is the reality on the ground – more out-of-work Americans because of your policies. 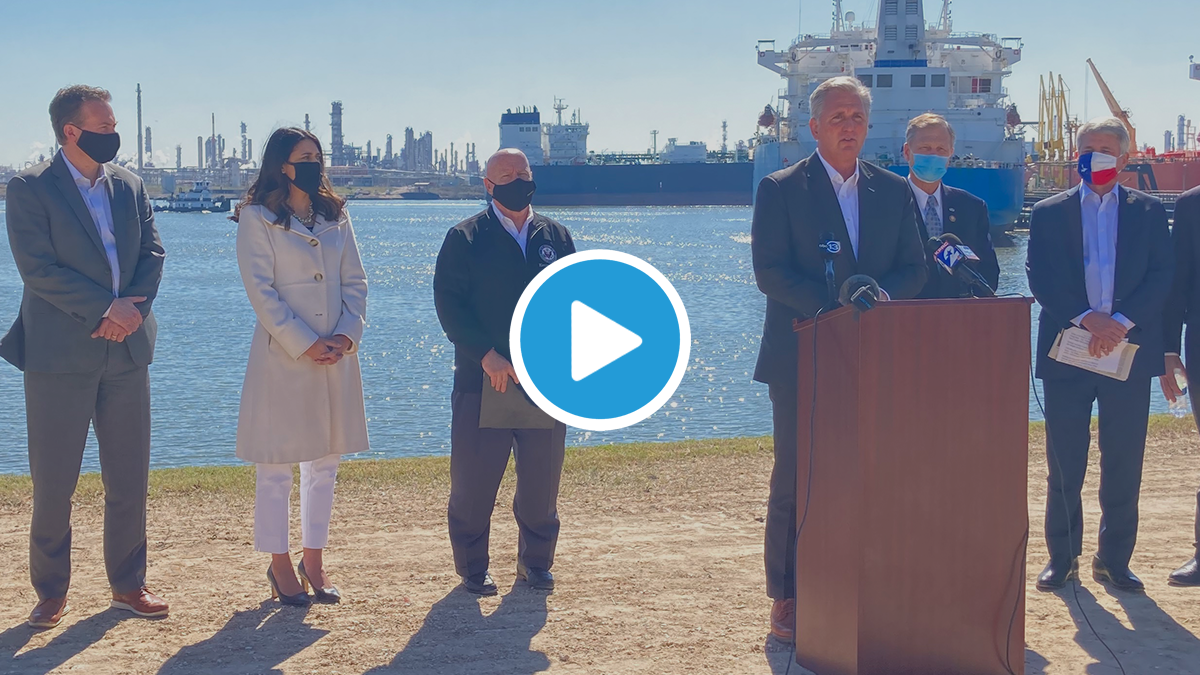 Last Wednesday, Leader McCarthy toured an oil rig in Midland, Texas, where he reminded us all of our stake in this game. “Even if you have nothing to do with the energy industry…check the price of gasoline today and tell me where it is in a year…you can thank Joe Biden for that.” 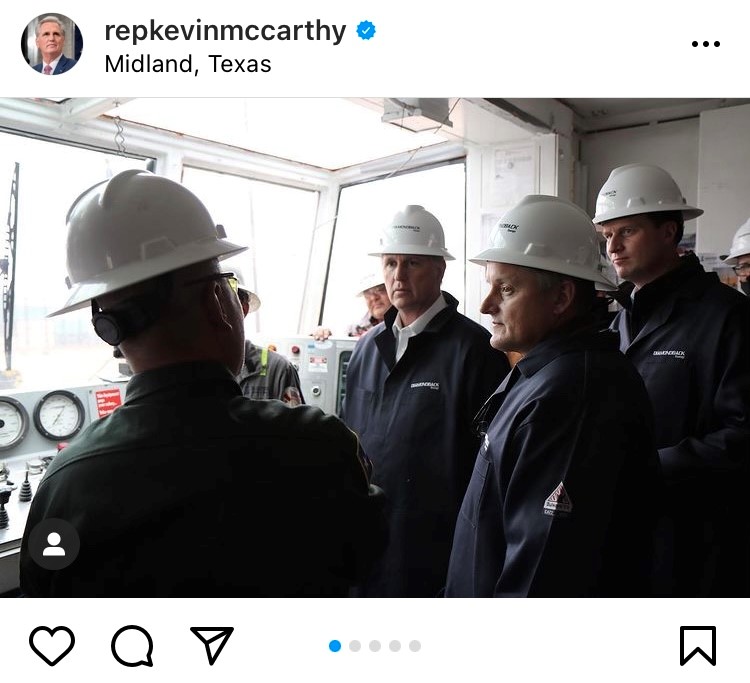 Before we move on to another part of McCarthy’s Texas tour, a word to the wise from Representative August Pfluger: “Don’t mess with Texas. Don’t mess with our jobs or livelihoods. You don’t mess with the good work of the people who live here and the lifeblood that our world needs. Without the Permian Basin, without the production capability that we provide here, our nation would be cold, dark, and hungry.” 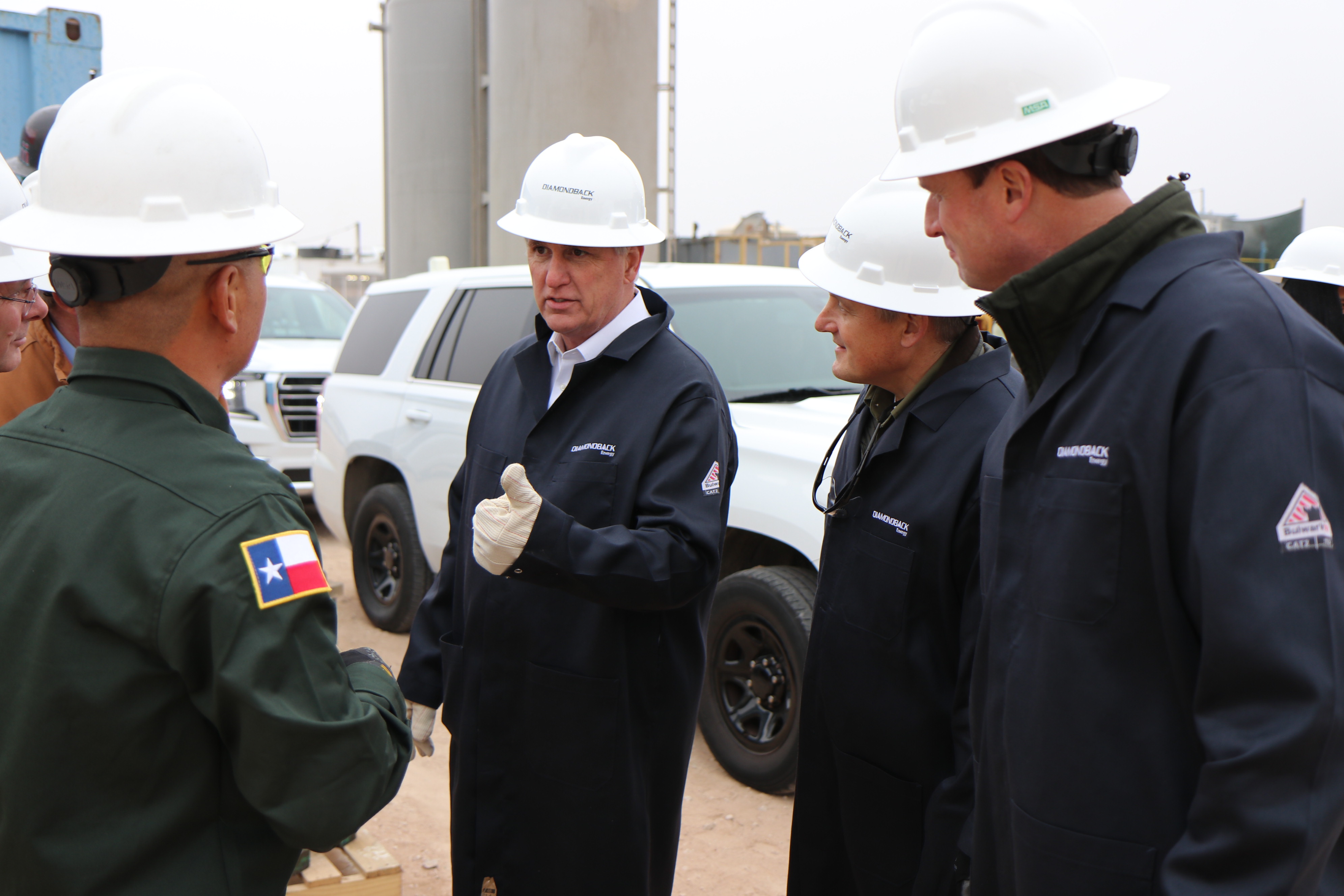 Last Thursday, Leader McCarthy stopped by San Antonio, Texas, where he was informed that some of President Biden’s executive actions are actually worse than we thought – specifically the Federal Energy Leasing Ban. Not only is the executive action preventing new leases, but also the Bureau of Land Management is using it as an excuse to put up hurdles for existing leases, putting even more jobs at risk. “People continue to ask me ‘Where are the jobs this president promised?’ Well, the jobs that he promised are not here,” McCarthy said, “And he’s not just eliminating the jobs, he is eliminating the strength of America, too.” 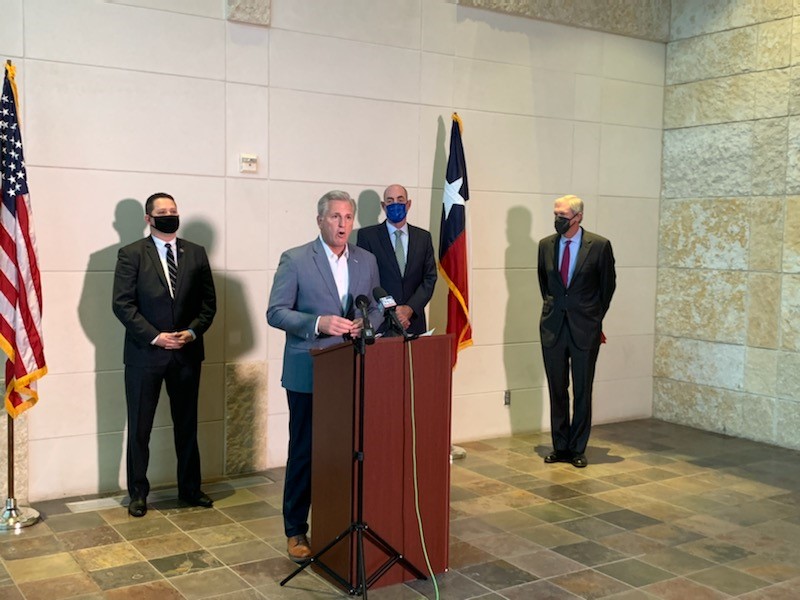 As four Texas Democrats – allies of President Biden – put it in a call to rescind the Executive Order, “Now is not the time to jeopardize American jobs or the critical tax and royalty revenues that federal leases generate for local, state, and federal governments that need funds now.” 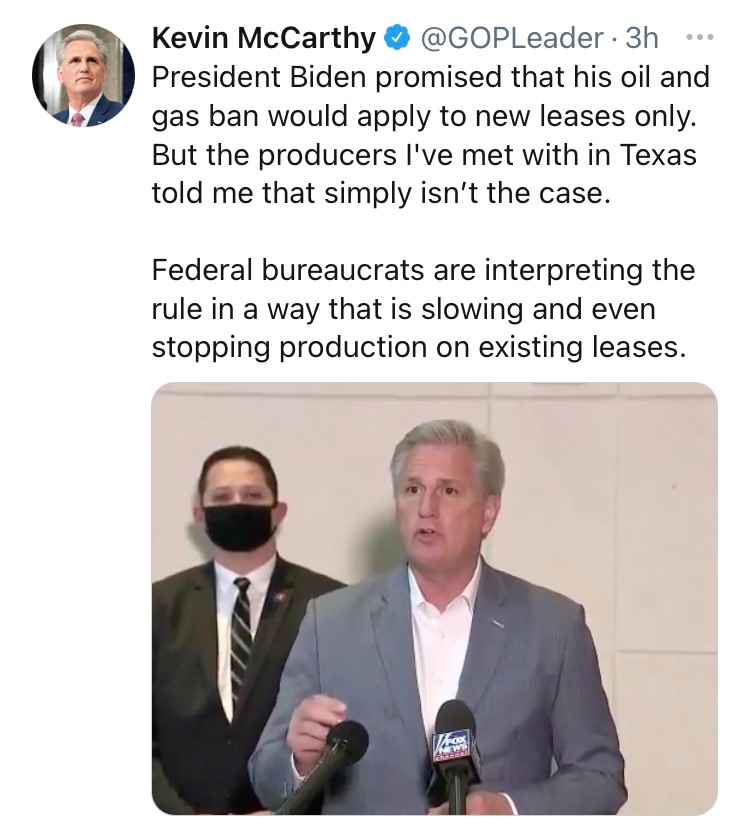 We will continue giving a voice to those who are ignored by the Biden administration – from the workers he has laid off to the drivers he has disregarded – all while fighting for safe, clean, and affordable American energy.