Rep. Mayra Flores (TX-34), the newest Member of the House of Representatives, came to Congress with a simple message: she will stand up to out-of-touch Democrats in Washington, she will vote to secure the border, and she will uphold law and order at home. But this isn’t the only notable fact about Congresswoman Flores, today she was sworn in as the first Republican Member of Congress to represent the Rio Grande Valley in over 100 years.

After her swearing in ceremony, Rep. Flores was joined by Leader Kevin McCarthy (CA-23), Whip Steve Scalise (LA-01), Conference Chair Elise Stefanik (NY-21), and Rep. Tony Gonzales (TX-23) to discuss her historic win. Rep. Flores understands that Americans want a Congress that actually listens to their concerns and works to solve the challenges they face every day. Congresswoman Flores’s election to this Congress serves as a referendum on the radical policies pushed by House Democrats and the Biden/Harris administration.

Rep. Flores made it clear that – despite the historical partisan difference of the constituents living there – her district’s priorities are the House Republican Conference’s priorities. “In this country, if you work hard, you can accomplish anything,” said Rep. Flores. “Our people deserve to have opportunity, security, and freedom.”

Concluding the press conference, Leader McCarthy stated that “Mayra is here today because she listened to the voters of South Texas – and South Texas voters were saying enough… enough to destroying the American Dream with failed socialist policies, inflation, and record-high gas prices.”

Leader McCarthy’s remarks as prepared are below, or you may watch the press conference online here.

“Moments ago, we watched a moment of history: Mayra Flores was officially sworn in.

“Mayra is the first Mexican-born congresswoman in American history.

“Not only that, she’s the first Republican in more than 100 years to represent the Rio Grande Valley.

“Her story is the essence of the American Dream.

“She came to America when she was only 6 years old.

“She grew up working in the cotton fields to earn money for school clothes and supplies.

“She’s a medical professional, a mother of four, and the proud wife of a border patrol agent.

“Mayra is a member of Congress because of her dedication to ‘faith, family, and hard work.’

“Enough to telling us that our rights come from the government, not God.

“Enough to defining people based on the color of their skin.

“Enough to taking voters for granted.

“It’s an honor to have Mayra in our Republican conference. Together, we can deliver a better future for our country.” 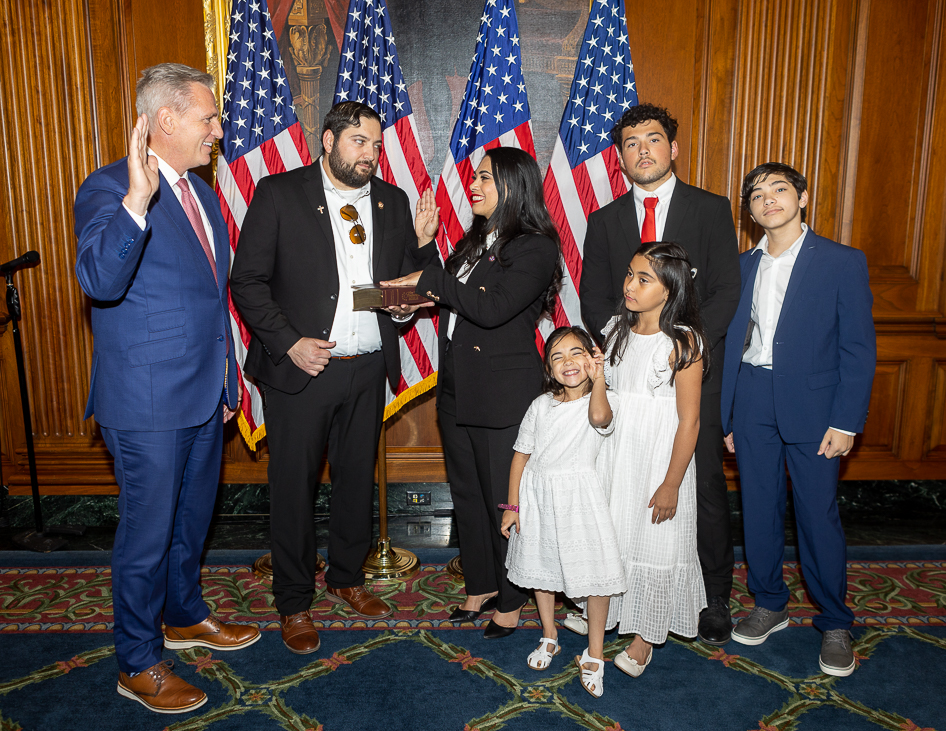